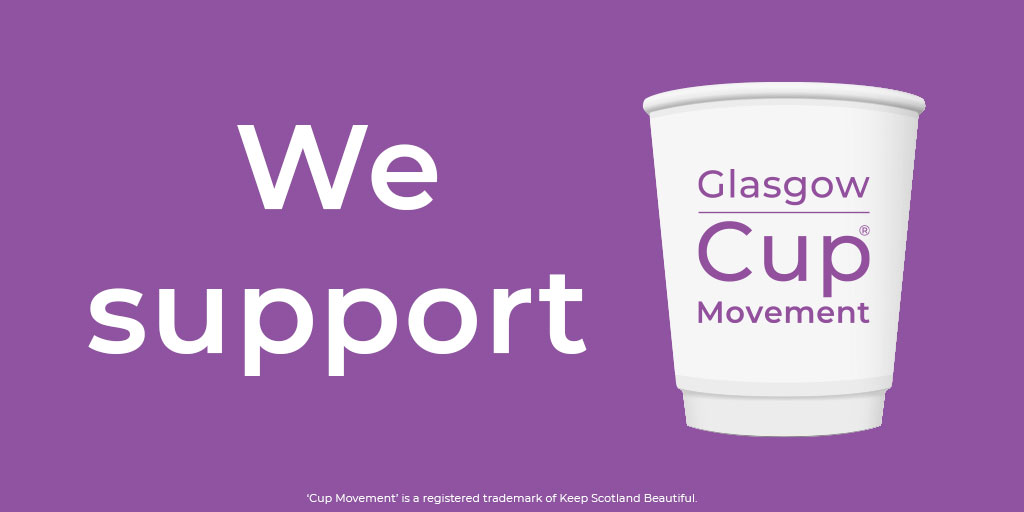 Buchanan Galleries is delighted to be one of the first two major Scottish retail operators to confirm it is supporting Cup Movement® in Glasgow. Along with Glasgow Fort, Buchanan Galleries is backing this first Scottish initiative to stop single-use cups going to landfill or ending up as litter.

Launched in Glasgow in January, Cup Movement® has been developed by environmental charity, Keep Scotland Beautiful, in response to growing public concern about the environmental impact of single-use items. With an estimated 95 million single-use cups being used in the Greater Glasgow area every year, the pioneering Cup Movement® project will tackle this issue head on by transforming recycling infrastructure and encouraging people to adopt more sustainable behaviours.

Buchanan Galleries and Glasgow Fort are backing Cup Movement® with opportunities for both customers and retailers to take part, and are signing up to Cup Movement®’s recycling service, provided in collaboration with Simply Cups, which will divert millions of cups from our bins and instead transform them into second-life materials.

Roseanna Cunningham MSP, Cabinet Secretary for the Environment commented:
“It’s fantastic to see two leading Glasgow retail operators standing up and taking positive action on the issue of single-use cups. A number of retailers are already supporting Cup Movement® in Glasgow and I hope that many other businesses will follow their example.”

“We are really pleased to be a part of Cup Movement®. As a busy shopping centre in the heart of the city, we take our environmental responsibilities very seriously and are always looking for new measures to reduce our own waste and that of our customers. We all have a role to play in keeping our planet healthy and we look forward to seeing this movement grow.”

By working with member organisations of all sizes and types across the city, the initiative will bring together stakeholders to engage with the public to:

It will be the largest, sustained, cup waste reduction initiative of its kind in Scotland and, if successful, the model could be rolled out across many more cities in the UK.

“We are delighted to welcome Glasgow Fort and Buchanan Galleries on board as supporters of Cup Movement® in Glasgow. We look forward to working with both of the centres, alongside our other partners, to deliver transformational change across the city.

“Cup Movement® will bring Glasgow’s people together to reduce the amount of single-use cups that end up in landfill or as litter, by reducing their use through reuse and by ensuring that they get recycled as much as possible. Everyone has the opportunity to be part of this positive movement for change.”

For more information about Cup Movement® in Glasgow visit www.keepscotlandbeautiful.org/cups.